﻿ Feeling helpless about climate change? This doco is the uplifting call to arms you need right now – MICRO SOLAR ENERGY
Skip to content 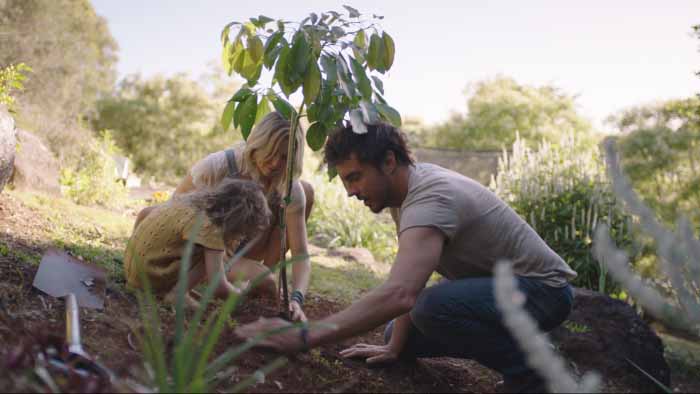 We’ve had our hottest summer on record, the Great Barrier Reef is perishing before our eyes, climate emergencies have been declared, one million species are at risk of extinction, the planet could warm by two degrees by 2060, and on Saturday the major party with the weakest policy on climate change formed government in Australia.

It all reads like a shopping list of despair for young people grappling with an existential anxiety that could define their lives: what have we done to the planet? And how will we save it?

While sinking into misery might feel like the easiest way to process it all — in some ways it’s more cathartic to be furious rather than hopeful — a new Australian documentary wants to lift those feeling crippled by ‘ecoanxiety‘ out of their funk.

If any documentary maker in Australia were to try and sell the unsellable — feeling optimistic rather than depressed about climate change — it would be Damon Gameau. The actor-turned-filmmaker already tackled a similar task a few years ago, by making a compelling case against one of Australia’s most-loved substances: sugar. That Sugar Film went on to become Australia’s highest grossing documentary of all time, inspiring thousands to get healthy and cut sugar from their lives.

Gameau’s new film 2040 bills itself as a “journey to explore what the future could look like by the year 2040 if we simply embraced the best solutions already available to us.”

In other words – what if we stopped wasting time searching for the answers to climate change – and started using the ones we already have right now?

The concept was inspired by Damon Gameau’s five-year-old daughter, he tells Hack.

“It was just kind of overwhelming to see the constant negative news about the climate and the future and what kind of world she was going to inherit,” Damon says, “So I just spent about a year looking at the solutions and researching to see what was out there that we could actually do about it, and was pretty blown away by how many things we can do.”

Throughout the film, Damon argues that the answers to climate change are right under our noses – some small shifts in policy are just needed to give them the green light.

Take Bangladesh, for example, where micro solar power networks are providing a renewable energy solution – by allowing residents to quite literally take power into their own hands and share it peer-to-peer.

“That technology is available here, but there’s regulations blocking it. It’s illegal to exchange energy peer to peer in Australia at the moment, but the technology is going to be here in the next three or four years, you can already buy a solar panel and battery combo at IKEA right now. So soon, you’ll be able to get that box as well. And then you’ll be able to start sharing your energy with your neighbour.

“That’s when the revolution starts to happen.”

Will we really solve climate change by 2040?

2040 cites a bunch of other examples outside of the micro solar power solution — like a marine permaculture plan that would see industrial quantities of seaweed grown in the ocean to basically bring life back to our oceans, and cool it in the process — but even if we adopt them all, will they work together to curb the effects of climate change?

Damon Gameau says if the world has deteriorated so quickly, we can restore it at a similarly rapid pace.

If you think about how different the world was 20 years ago, even the type of mobile phones we were using, these changes can happen really, really quickly.

“And I think there’s such a push for it at the moment all around the world. There’s the kid’s climate strikes, people want to create a new version of the world we’re living in. So I think there’s a chance that we might get there. But we’ve got to be able to see it first to even know that it’s possible. And that’s why I made the film.”

The task is so urgent, Damon Gameau says, that it will become his only topic of interest as a filmmaker from now on.

“What else is there? This is the topic,” Damon says, “Because if we don’t get this right, there is no other film worth making.”