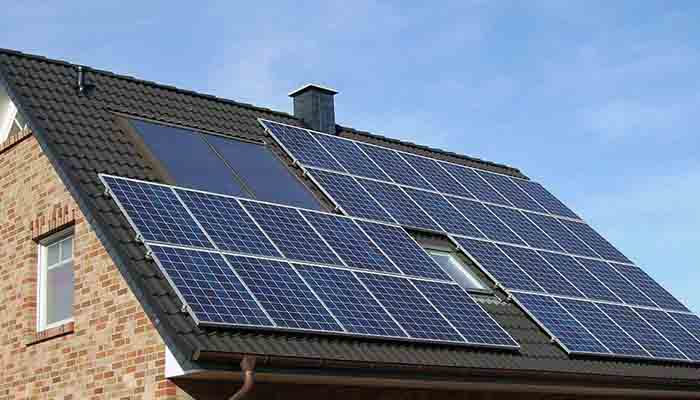 Under net metering, people would get a credit for excess energy they put onto the grid, equal to the rate they were being charged for using their utility’s electricity.

In this way, many solar customers could cover 80 to 100% of their individual electricity needs with a rooftop installation.

And calculating the return on investment for the panels themselves, and the installation costs, was relatively easy.

The new distributed generation scheme slashes the credits, up to nearly two-thirds. And calculating the amount of the credit is extremely complicated, according to solar installers, based on variables including the individual’s usage and time of day.

Mark Cryderman is with The Green Panel of Brighton.

“How do we now go to our customers and say, okay, here’s what your payback is,” asks Cryderman. “Because there’s no way to calculate it. It’s really not possible. And go to DTE and give them a pencil and say ‘calculate an ROI for me.’ They can’t do it.”

Mark Hagerty of Michigan Solar Solutions says the change is doing exactly what the utility companies had hoped.

“Muddying the waters substantially in regards to being able to explain to a customer what the return on investment would be,” he says.

Both men say they are now advising customers to put in smaller rooftop solar installations, and add to them later.

Cryderman says his company is also encouraging customers to add a home battery storage unit. Extra electricity produced by the panels goes into the battery system for later use by the household, rather than onto the grid.

“The answer is, don’t send any power back to them at all,” he says. But he says he still wants to see net metering restored in Michigan, because it is more fair.

DTE Energy says solar customers still need to access the grid, and private generation should be priced fairly to ensure that energy company customers are not subsidizing personal, residential systems.

The company says people can avoid the cost of installing their own solar by investing in DTE’s solar subsidy program, which adds large-scale solar incrementally once enough people have signed up for it.

Consumers Energy strongly supports solar energy to help power Michigan’s energy future. Our Clean Energy Plan will add 6,000 megawatts of solar energy by 2040. We support the most cost-effective solar solutions for Michigan based on policies that fairly reflect and balance costs among all the customers we serve. We look forward to working with regulators and others who care about this issue as much as us to develop a fair approach that promotes solar energy in Michigan.

Meanwhile, state Representative Yousef Rabhi says he’s concerned about the issue, and hopes the Legislature will consider restoring net metering in Michigan. He said in an email:

I have indeed been hearing from both installers and homeowners who are very concerned about the end of net metering and the switch to an inflow/outflow model for pricing distributed generation. I did introduce legislation last session (HBs 5692 and 5693) that would have repealed the authorization for the distributed generation tariff and returned us to net metering. Those bills saw substantial opposition from utilities. I also introduced bills last session as part of the Energy Freedom package that would have ensured fair compensation for renewable generation. The Energy Freedom bills got hearings in the House Committee on Energy Policy under then-chair Rep. Gary Glenn.  This session, I am working with colleagues to develop legislation in response to recent MPSC actions and the ongoing need to support people who want to produce their own clean energy.

Last year, net metering supporter Republican Gary Glenn was defeated in the Republican primary, after a group funded by Consumers Energy spent millions in a campaign to defeat him.