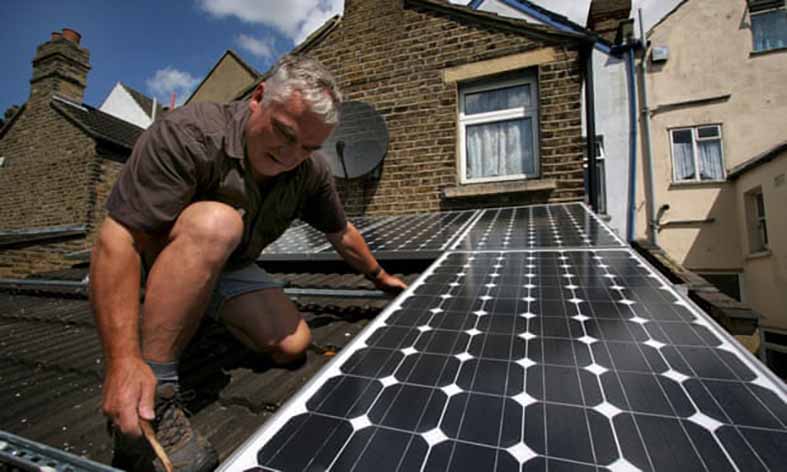 CONSUMERS MAY BE able to sell excess electricity from their home solar panels back to the grid in the near future.

Such a provision is set to be included in the government’s climate action plan which is set to be unveiled by Minister Richard Bruton in the next few weeks.

The government has admitted that it is way behind on its climate change targets, and faces the prospect of heavy fines in the future if it fails to take appropriate action to cut emissions.

After the strong performance of the Green Party in the recent local and European elections, the Taoiseach said it was a “very clear message from the public that they want us to do more on climate action”.

Currently, if a homeowner doesn’t use the excess electricity generated by their domestic solar panels, that electricity is lost.

It’s understood the government’s new plan will see a micro generation scheme in place by the end of this year, with a view to commence an enduring support scheme by 2021 so that all people with solar panels can sell their electricity back to the grid.

Currently, homeowners can avail of grants of up to €2,800 to install solar electricity panels on the roof of their homes.

According to estimates from the Sustainable Energy Authority of Ireland, the amount of energy generated by solar power is set to double in 2030 on rates seen in the middle of this decade.

Separately, the government is also considering ways to give consumers more information about the energy bills, to include detail on their energy use and potential energy savings.

Its action plan that will be unveiled this summer will outline specific actions that must be taken by government, along with strict deadlines to complete them.