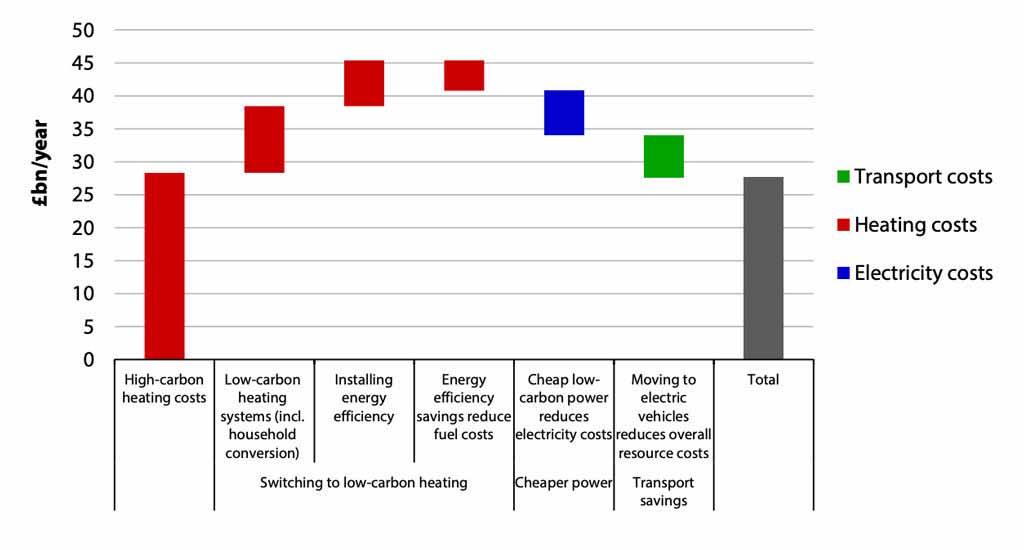 Millions more households will have to switch to low carbon heating before 2030 if the government is to achieve its plan to reach ‘net-zero’ emissions by 2050, underlining the need for new consumer-friendly technologies, according to analysis by Energy Systems Catapult for the Committee on Climate Change (CCC). 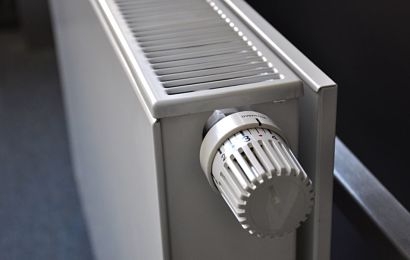 The research found that meeting a net-zero future would require more lifestyle changes for the average UK household in transport, diet and air travel – compared to current ambitions (80 percent reduction on 1990 levels). However, perhaps the most significant change would relate to how people heat their homes.

“Achieving a net zero emissions target by 2050 would require households to engage more profoundly in the low carbon transition around heat, transport, aviation and diet” said Energy Systems Catapult, chief executive, Philip New. “This compares to current ambitions (80 percent) – where targets could conceivably be met with hybrid petrol cars, some natural gas boilers still in the mix, current levels of meat and dairy consumption, and a near doubling of air travel demand. With the average gas boiler lasting 15 years, most households will have two opportunities to switch to low carbon between now and 2050. With a tighter target, more homes will have to opt for low carbon solutions sooner rather than later. The full decarbonisation of heat requires natural gas to be replaced by hydrogen, or else electric heat pumps and district heat networks.”

The Catapult explored possible actions for decarbonisation in UK households, using pathways set out by the CCC, showing emissions reduction that can be achieved under three scenarios: Core 80 percent, Further Ambition over 90 percent and Net Zero 100 percent emission reduction levels.

Mr New added that in order to meet current emissions targets, most scenarios require rapid cuts to carbon from electricity and waste anyway. Increased ambition in transport, aviation and diet would be a challenge but also an opportunity – since many of the steps involved would bring a number of co-benefits such as reduced congestion, improved air quality, expansion of green spaces and improved physical and mental health. The greatest challenge is developing low carbon heating options which are as good, if not better, than current heating technologies.

That means helping companies develop propositions that will give people better control over how they heat their homes, including how efficient their homes are, as well as developing the potential of low carbon gases. Choosing the right options and rolling these out at scale will also require a much deeper understanding of different local areas’ energy systems – the state of their housing stock, the capacity of their power and gas grids etc – to ensure a joined-up approach and to keep costs down. Care also needs to be taken when setting policy to ensure the least well off are not disproportionately affected, particularly in the case of low carbon heating.”

The UK Government asked the CCC to assess the impact of a target to reach net zero emissions as the UK contribution to keeping global warming to 1.5C. Energy Systems Catapult has considered the implications of this increased ambition for the average UK household across six activities: heating, transport, electricity, aviation, diet and waste.

Key findings under a net zero future for households, include:

Transport – all new car sales from 2035 will likely have to be electric (or potentially hydrogen), allowing a 15-year period for any remaining fossil fuel vehicles to retire. Reducing overall distances travelled (e.g. through flexible working) and shifting to more sustainable transport like buses, trains, cycling and walking, are also needed.

Electricity – national solutions like large-scale renewables, nuclear, or gas with carbon capture and storage (CCS); significant opportunities for households to provide flexibility to the grid, (e.g. micro-generation and energy storage technologies, or smart appliances that offer demand side response as part of a future smart grid).

Aviation – with around 15 percent of people responsible for 70 percent of all flights, according to a 2014 report by the Department for Transport (DfT), there is an uneven distribution for average household emissions. Net zero doesn’t mean an end to flying, but rather preventing aviation demand from growing as fast as it has done historically and requiring offsets elsewhere in the economy. This most ambitious scenario for emissions reduction would see 2050 demand at comparable levels to today, with measures to curb aviation demand by incorporating the cost of carbon into ticket prices. The development of alternative fuels is an innovation priority.

Diet/Agriculture – in addition to ‘upstream’ changes to improve farming practices, shifting diets more in line with guidance for healthy eating would see meat and dairy consumption fall by at least 20 percent, with a significant impact on emissions due to the high global warming effect of methane; while increased moves to non-meat protein alternatives, even possibly laboratory-grown meat.

Waste – given the significant cuts already needed in waste emissions to reach 80%, net zero would require only small further reductions, including food waste, to help avoid most emissions arising from landfill.

As the CCC’s analysis shows, even net zero scenarios include some remaining household emissions, e.g. in diet and aviation. Negative emissions (removing carbon from the atmosphere) would therefore be required. But methods for achieving this have their limits, so the more that emissions are curbed directly, the less we will have to rely on these.

The Catapult explored possible actions for decarbonisation, using pathways set out by the CCC, showing emissions reduction that can be achieved under different ambition levels.

The UK Climate Change Act 2008 set a legally binding target of reducing greenhouse gas (GHG) emissions by 80 percent by 2050 compared to a 1990 baseline. Seen as a proportionate UK response to global efforts to prevent temperatures rising 2°C above pre-industrial levels.

Since that time, improved scientific understanding of the risks of climate change means attention has shifted to a more ambitious target of limiting warming to 1.5°C. To succeed, the UK needs to eliminate net GHG emissions globally by the second half of the century.

The UK Government has asked the Committee on Climate Change (CCC) to advise on an appropriate target date for the UK to achieve net zero emissions, and whether this requires accelerated reductions between now and 2050.

In this supporting analysis, Energy Systems Catapult (ESC) has explored net zero from the point of view of households.

The production perspective puts responsibility for emissions onto the country where they physically arise. This could occur when heating homes with gas, fuelling cars with petrol or when emissions arise during industrial production of goods and services – even when some of those goods are exported overseas. At the same time, this approach ignores emissions arising overseas in the production of goods and services that are imported to the country.

The consumption perspective places accountability on the final consumer not the producer. Regardless of where emissions physically occur along the global supply chain, responsibility is allocated to the country where the goods and services are ultimately destined to be consumed.

For a household looking to understand its emissions impact, the consumption perspective is a natural fit. For a national government interested in target setting, inevitably the focus is on territorial emissions over which that government has jurisdiction. Accordingly, the UK Climate Change Act adopts the production perspective.

Energy Systems Catapult explored how UK households can play their part in meeting a national net zero target set on a production basis. But addressing climate change is a global challenge so it makes sense to keep track of the emissions from households on a consumption basis too. At a national level, this can help to ensure we don’t solve the UK emissions challenge by simply offshoring our emissions intensive activities like heavy industry and food production. At a household level, it would help us all understand the true impact of our activities and allow us to identify opportunities to make more sustainable choices.

The CCC have provided analysis of the potential for emissions reduction in different sectors of the economy. Here we have considered the implications for households across a set of six activities:

Electricity use (emissions from generation of electricity for domestic consumption)

Diet (aligned with emissions from UK agriculture and land use)

Most of these activities map well with a production perspective, as they relate to emissions which are domestic by their nature. The exception is diet, where the CCC advice relates to UK agriculture and land use emissions, even though we know that food products are extensively imported and exported as part of a global market. We have tried to give a general sense of how actions by UK households could contribute to UK (and global) emissions reductions.

Energy Systems Catapult has disregarded emissions arising from energy use for commercial and industrial purposes. From a consumption perspective, these emissions occur due to household demand for goods and services, but for the ESC has treated these as out of scope.

The six activities above are explored in the following sections. For each one the analysis examines:

Actions for decarbonisation (including upstream as well as household level actions)

Core scenario – made up of low-cost low-regret options that make sense under most strategies to meet the current 80 percent 2050 target. They also broadly reflect the Government’s current level of ambition.

Net-zero – the CCC highlight several more ‘Speculative’ options which could be used to achieve a net-zero target, on top of the Further Ambition measures. The approach represented here assumes some of the CCC’s Speculative demand and land-led measures are used to achieve 100 percent emissions reduction. (The extra 4 percent could instead be achieved through e.g. further greenhouse gas removals).

The emissions are calculated on a per household basis (assuming 35 million households in 2050 compared to around 29 million today).