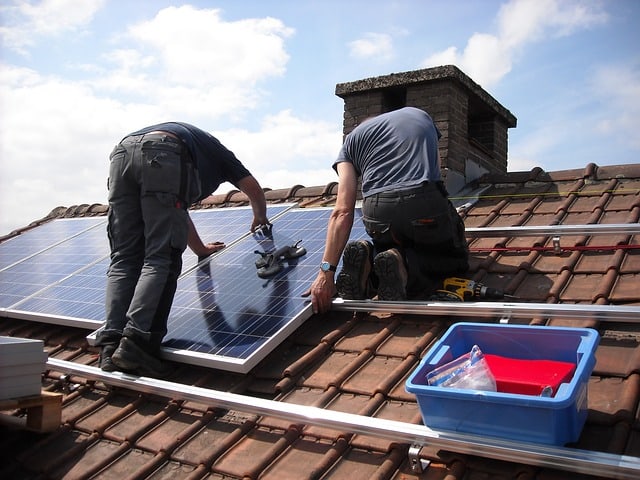 Looking at a scenario, in which the Spanish residential solar market is booming again, energy consultancy, Eco Synergies finds that the energy system could save billions, both in terms of CO2, and fuel and grid costs. Additionally, introducing the EU’s suggestion to fairly compensate prosumers for their surplus energy, would allow households to slash payback times for their solar systems by more than a half. In some cases, the amortization period could go down from 25 to seven years.

Large scale deployment of small-scale system could would not incur extra costs to the energy system, the analysts say. Incalculating the fuel and CO2 costs savings as well as grid infrastructure savings distributed PV could save Spain billions.

Following, the Eurpean Union’s (EU’s) revised rules on renewable energy production on June 27, 2018, EU citizens have the right to generate, consume, store and sell electricity, without states placing punitive taxes and fees on them. The new rules are scheduled to enter into force from 2021 at the latest.

Energy consultancy, ecoSynergies has released a study regarding the effects of this law on amortization rates, and overall financial benefits to the energy system, of residential solar PV systems.

It finds that with newly the imposed EU regulations, households in the affected region would be able to recoup investments at least twice as fast compared to current amortization rates. Furthermore, wide-spread distribution of residential solar systems allows the energy system to save billions infuel, CO2 emmissions, and grid costs. However, such benefits are often overlooked in pricing approaches, the study finds.

Deploying residential solar systems at the considerable pace of 17 GW until 2030, will also not incur extra costs to the economy, compared to a scenario in which no PV is installed, but gas-fired power stations are used instead.

This approach – determining the ‘value of solar’ – is in line with the EU’s new regulations, and has been applied in studies in several U.S. municipalities, such as Austin, Texas and Oregon.

Bringing the approach to the EU, the analysts examined two case studies from Spain – in Andalucia and Catalonia – where the government made itself unpopular with the introduction of a “sun tax” in 2015. They argue that the effects of the rule will be more visible in Spain, than in states which have chosen not to curtail the development of distributed solar.

Notably, Spain is set to scrap the sun tax withouth EU intervention, under the new government, which views renewables in a rather more favorable light than the previous government did.

The analysts examined two scenarios, in order to compare the effects of large-scale deployment of residential solar installations. In the scenario suggesting broad application of the technology, the analysts modeled an energy system where an additional 17 GW of distributed solar PV – equivalent to 11.9% of Spain’s electricity demand – is installed between 2015 and 2030. Here, the scenario assumes that 40% of households become prosumers throughout this period.

This scenario is compared to a scenario where no additional residential systems are installed; instead, the required power is provided from gas-fired power stations.

Currently, Spanish residential PV system owners can expect a return on investment in around nine to 11 years. According to the authors, the new EU rules will cause these time spans to markedly decline – by 5.5 to seven years – while tariffs paid to prosumers will be in the region of €0.10/kWh, or €100/MWh. Resulting from this, they could profit from an extra €250 annually through the sale of electricity to grids, and an extra €175 annually through energy savings.

For small businesses, the benefit would be even more significant, as their amortization time could be slashed by as much as 6.5 to 7.5 years. The advantages would be the highest for vulnerable customers, however, say the analysts. Thus far, this sector could expect amortization periods of up to 25 years. Reportedly, with the new EU rules in place, they could be slashed to seven years.

EcoSynergies claims the tenets drawn from this analysis would be applicable across Europe. In these cases, net benefits from installing residential solar systems amount to €440 per year, based on a €59/MWh assumption. If Spanish residential installations were to experience an uptake of 40%, the financial benefits could reach € 1.77 billion, according to the analysts.

Distributed solar is an economy booster

The report’s premise is that governments’ attempts to charge self-consumption electricity through “sun taxes” like in Spain or Romania, or prevent prosumers from selling surplus energy to the grid, are hampering the economy and are unwarranted, as the benefits resulting from small-scale production, outweigh the costs for grid operators.

The analysts go on to explain that employment in the solar sector dropped by 40%, following a range of punitive or even “draconian” measures. They estimate that the potential jobs market in Spain’s distributed renewable energy sector amounts to 136,000 new jobs over the next 10 years.

The report further highlights that the costs of installing PV are neglectable. The total costs of deploying 17 GW of solar would be €22.2 billion until 2030, which is tantamount to the cost of using gas-fired power stations. For that, the consultancy estimates €22.3 billion until 2030.

These benefits are generated through the new EU rule that obliges states to remunerate prosumers for the electricity they feed into the grid, at at least market value. The rule further suggests, but ultimately leaves it to the individual states’ prerogative, that prosumers may also get compensated for savings in fossil fuels and CO2, and for the power grid.

EcoSynergies also explains that, according to its information, the grids in Andalusia and Catalonia have greater idle capacities. Depending on medium, or low-voltage sections of the grid, and cables or transformer stations, the overcapacity in these regions would be within the 1-6% margin, referring to a Flexnet study.

Meanwhile, grid infrastructure investments could be as low as €2/MWh. In Andalusia, for example, the upfront investment necessary to prepare the distribution and transmission system for the higher share in distributed solar PV would be around €410 million, with an additional €5.1 million for O&M. In Catalonia, the analysts estimate that the needed investments would be around €360 million.

Grid infrastructure investments have been a buzzword in renewable energy development, as variable renewable energy sources require the grid to compensate for high fluctuations and transmit energy over long distances, to make up for regional production bottlenecks.

Spain, in particular, had until recently, a relatively isolated grid, with low interconnector capacity to France and Portugal. Earlier this year, a high-level meeting under the auspices of EU-Commissioner for Climate Action and Energy, Miguel Arias Cañete, resulted in an agreement to develop significant interconnector capacity, thus allowing for closer integration into the European energy market.