﻿ Solar Energy: A Sudden U.K Market Collapse Is a Warning to Other Nations – MICRO SOLAR ENERGY
Skip to content 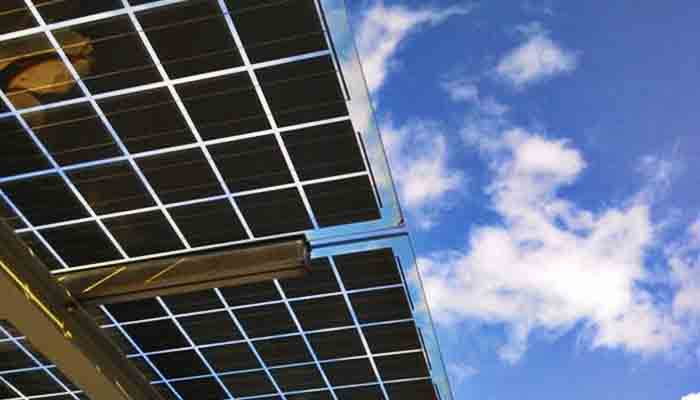 The United Kingdom’s decision to strip away a key benefit aimed at residential solar users has been linked to a dramatic collapse in the rate of new installations. The sudden drop in home installs, which followed the abolition of feed-in tariffs that reward users for sharing their energy with the grid, offers a sharp warning to the rest of the world about the crucial role of subsidies in driving renewable energy adoption to break even point with fossil fuels.

After the subsidies were revoked, new solar installations in the U.K. dropped from 79 megawatts in March to just five megawatts in April, a 97 percent month-to-month decrease. The data was compiled by the U.K’s Labour opposition party, and first reported by The Guardian on Wednesday.

The drop coincides with an aggressive rollback of subsidies, dropping feed-in tariffs after nine years. Without these feed-in tariffs, solar owners were no longer able to earn money by giving excess energy to the national grid, drastically driving up a solar roof installation’s break-even point.

Feed-in tariffs typically set a price for system owners to sell their energy back to the grid. For example, a scheme in Virgina gave participants 15 cents per kilowatt-hour for energy provided to the grid for five years, while the homeowner would pay 10.5 cents per kilowatt-hour for all energy they consumed. The U.K. tariffs paid out to solar owners for 20 years after installation, meaning builds from April onwards won’t receive payments for their solar installs.

“Parliament has declared a climate emergency, yet there is no evidence that this government take it seriously,” Rebecca Long-Bailey, shadow business secretary for the party, said in the House of Commons Wednesday.

It’s emblematic of an industry that still reacts greatly to government policy changes, which could make or break a homeowner’s decision about whether to go green and install solar panels on their home.

Solar Energy: How Subsidies Can Make Or Break an Industry

Thanks in no small part to subsidies, solar panels have dropped in price dramatically over the past decade. While in 2010 you would have expected to pay $6.65 per watt to install solar on your home, the Solar Foundation now estimatesa price of just $2.89 per watt as of 2018. Homeowners are also increasingly able to access aesthetic refinements, either: Tesla’s Solar Roof blends the energy-harnessing capabilities into tiles that look like they’re taken from a regular roof to the untrained eye.

This shifting market led to a dramatic rise in installations. On the global scale, annual photovoltaic solar installs jumped from 17 gigawatts in 2010 to 109 gigawatts in 2018.

Subsidies have played a big role in this adoption, and regional shifts have shown how tinkering with them can influence installation rates. It’s a phenomenon described by The Economist as the “solarcoaster,” where sudden government shifts can destroy projects or give rise to others. One example given is in China, where a tweak to feed-in tariffs led analysts to warn that a full 20 gigawatts of projects may be scrapped.

This is a situation that may change soon. Analysis by the Grantham Research Institute on Climate Change and the Environment found that carbon pricing could offer a more cost-effective way of reducing emissions, particularly as renewables grow cheaper and subsidies offer lower benefits.

Under the feed-in tariff scheme, around 800,000 British homes installed solar panels. When the government announced plans to cut the scheme in July 2018 — targeting a April 2019 cut-off date — an official told The Guardian that “as costs continue to fall and deployment without direct subsidy becomes increasingly possible for parts of the sector, it is right that government acts to ensure continued value for money for billpayers over the longer term.”

That view was not shared by renewable energy groups, with RenewableUK executive director Emma Pinchbeck describing the decision to the publication as “a major blow to small-scale renewables” in the country.

The government saw a similar effect when it cut feed-in tariffs by 65 percent in 2016, with home installs decreasing by around three-fourths year-over-year to reach 21 megawatts in the months of February and March. Juliet Davenport, CEO of green utility firm Good Energy, told Greenpeace at the time that while “to a certain extent there was a need to change…the way they’ve gone about it…feels a bit like a hatchet job.”

Solar has dramatically dropped in price, to the point where building new installations may be cheaper than maintaining old coal plants in most areas of the United States. But the British experience shows that even when it seems possible to cut the subsidies on these energy sources, such cuts could still send ripples through the marketplace and cause consumers to reconsider their choices.