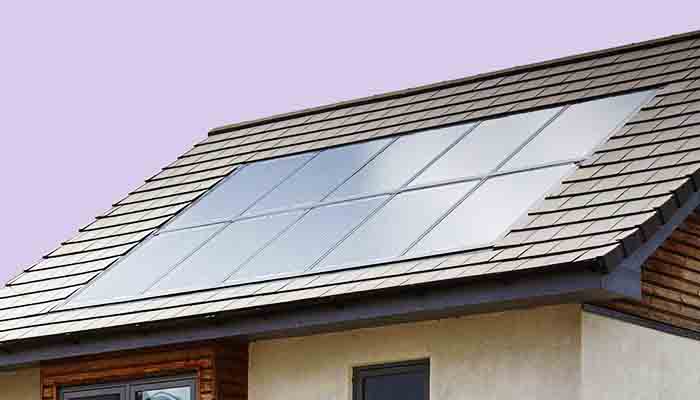 He’s a man with a famous name and now James Dean is a celebrity in his neighborhood.

“Over the year we will sell more electricity back to BC Hydro then we use,” said Dean, while looking at his monthly power bills.

Dean lives in a newly constructed house that has been built with the goal of being so airtight and energy efficient that it costs nothing to heat, cool, or to turn on the lights. It’s called a passive house. And the B.C. government is committed to making all new homes this way by 2032. Dean didn’t want to wait.

“Our goal was to try to build a net zero energy home that was also beautiful,” Dean added. “You look at a lot of passive houses they’re really boxy, a lot of small windows.”

His home is beautiful with large floor to ceiling triple-glaze windows that help keep the home cool in the summer and provide heat from the sun in the cooler months.

Solar panels sit on the roof to generate power and when electricity isn’t needed for the house, it’s sold back to BC Hydro through the grid.

And the house doesn’t need much energy.

The home is made with cross laminated timber, or CLT, that has similar structural properties to concrete but is made entirely of wood.

They fit snugly together and helped to make the home airtight. The outside walls are nearly 17 inches thick with 6 inches of mineral wool insulation on either side of a 4½ inch Douglas fir CLT.

“This is reducing the amount of heating we need by 90 per cent. Just like having a thicker blanket in the wintertime,” explained Dean.

He would know. He’s an engineer who made a component for the air exchanger that pumps fresh air into the house because it’s so airtight, without it, the air would be unhealthy.

When you walk into the wine cellar the first thought that strikes you is the beautiful rock feature. The wine cellar sits outside the building envelope and because the home was built on solid rock in the hills of West Vancouver, Cypress Mountain provides natural cooling and humidity.

A heat pump provides cooling and heating for the rest of the house and for the hot water heater.

There’s also an energy efficient cat door, activated by a radio frequency identification collar. It wasn’t cheap, costing about $2,000. But despite that pricey speciality item, Dean said the overall extra cost to build a passive house wasn’t out of reach.

“It was probably only five per cent more than building to the B.C. building code,” he said.

But you’ve got to make sure the people building it are properly certified to build this type of energy efficient structure.

“This home is definitely the most technically difficult home that we’ve constructed,” said Joe Geluch, president of Naikoon Contracting.

It was designed by BattersbyHowat Architects and was the first passive house that David Battersby has designed.

“It hasn’t been something the design community has really picked up on,” Battersby said. “There weren’t a lot of compromises you know, at the end of the day, I would say that was the big surprise.”

“Over the next 15 years were definitely going to see this type of project and this level of performance being codified,” added Geluch.

And Dean wouldn’t have it any other way as he looks forward to being energy self-sufficient.

His house has now been certified by EnerGuide as producing more energy than it uses and producing no green house gases on an annual basis.