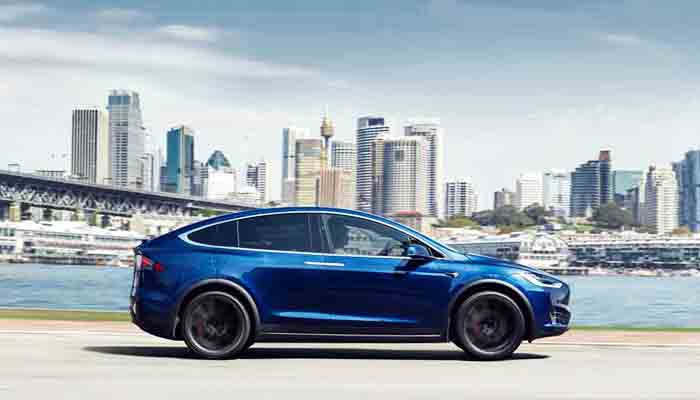 Tesla CEO Elon Musk says that it won’t be long before the pioneering electric car company will be making cars with nearly 650 kilometres of real driving range.

“It won’t be long before we have a 400-mile range car,” Tesla CEO Elon Musk said during the company’s annual shareholder meeting in Mountain View, California, on Tuesday.

While a long range driving range is not necessarily a requirement for all drivers of electric vehicles (in Australia, the average daily commute is only around 40km), detractors of EVs often point out the shorter range of EVs generally compared to internal combustion engine vehicles.

Nevertheless,a long driving range is something of a selling point, particularly in Australia for those who often drive the comparatively long distances between our cities and towns, even if longer range generally means bigger batteries and bigger up front costs.

(ED: This is another part of the new energy economy that people struggle to get their mind around. The biggest cost for batteries, wind and solar is the upfront cost, the running costs are much less).

To date, Tesla’s longest range vehicle is the Long Range Model S electric sedan, which has a real world driving range of 370 miles (or 595km).  This is based on the more accurate US-based EPA rating compared to the inaccurate NEDC cycle used in Australia – which shows 660km range for the LR Model S.

That range was achieved in April, when Tesla increased the range of both the Model S and X cars by 10 per cent, thanks to an upgraded drivetrain using a reworked Model 3 rear wheel drive unit.

Although Musk did not indicate which model the longer driving range would be available on, it is reasonable to assume it would be on the EV makers premium Model S, as the Model X always offers slightly less driving range due to greater weight and poorer aerodynamics.

The location for production for the Model Y was also confirmed as Fremont – at the Q1 earnings call Musk said this was still a toss up between Fremont or Nevada.

Musk also reiterated the timeline for the Model Y saying, “We expect to hit volume production towards the end of next year,” but that internally, “we’re shooting for sooner than that.”

An unveil for the pickup truck was also reiterated for the end of summer 2019 (or winter, here), and the electric Semi truck, which was originally slated to be available this year, is now slated for production at the end of 2020.

Clarifying comments made on April 22 at Tesla’s Autonomy Day where the CEO discussed plans to create an autonomous “robo-taxi” network with “a million cars with full self driving computer, hardware, everything“, Musk noted that this of course depends on owners signing up for program, and approvals from lawmakers.

“We will have a million cars capable of self-driving” next year, he said. “We’ll still need regulatory approval.”

As Musk has previously pointed out, Tesla’s advantage in the self-driving arena is that it already has huge amounts of data to draw upon based on millions of real world drives.

As the world moves towards a future that is more automated, Musk said that, “It’s basically financially insane to buy anything other than an electric car that can upgrade to full autonomy.”

“If you buy a gasoline car that is not self-driving, it’s like riding a horse and using a flip phone.”