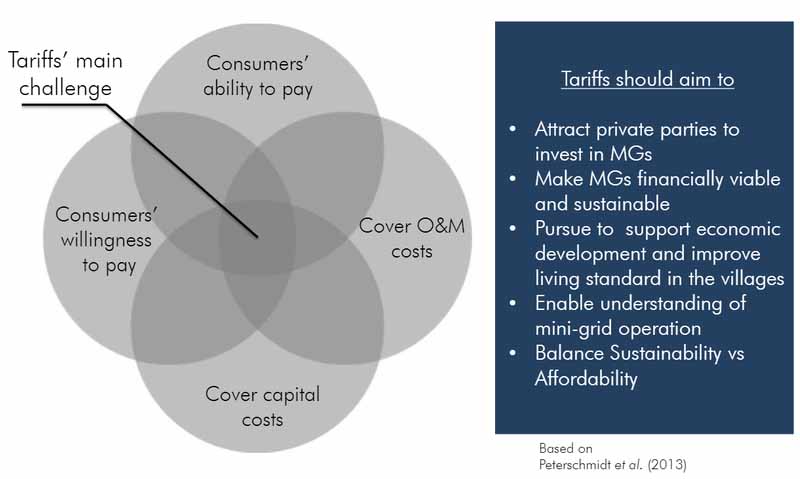 In a study, Secap advocates improvements so that the system develops in a sustainable way and with efficient economic signals

The Department of Public Policy, Energy and Lottery Evaluation of the Ministry of Economy released this week the first edition of the Secap vision on the energy sector , in which it assesses “The Case of Micro and Distributed Energy Minigeration “.

The concept refers to the production of electricity from small distributed power stations that use energy sources such as solar, wind and biomass, for example. In this case, the source of solar energy is the predominant one. These small power plants are connected to the distribution network through consumer units. The Secap report brings a series of improvements that, if adopted, would make the charging system more efficient.

The study recognizes the worldwide trend of using this modality of energy generation and distribution, as well as Brazilian potential, taking into account the high index of solar incidence that the country has. However, it questions the policy of cross-subsidies that are not transparent due to the regulations adopted in Brazil today. In this context, the international experiences of countries such as Germany, the United Kingdom and the United States are evaluated.

Cross subsidies
The concept of cross subsidy refers to circumstances where a group of consumers ends up paying higher prices for a product or service for the benefit of a particular group.

Therefore, the study makes an analysis of the system adopted today by the National Agency of Electric Energy (Aneel), known as net metering, for the measurement of the net consumption applied to the consumers of the photovoltaic panels, since these consumers end up paying in their accounts only with the difference between the energy they produced and the energy they consumed.

In Brazil, consumers’ final tariffs are made up of several components: in addition to the energy generated, there are transmission, distribution and other costs of the electricity sector. By the regulatory system currently adopted, the consumer of solar energy fails to pay all components in proportion to the energy it generates, including incidental taxes.

“In practice, the solar energy consumer makes use of the transmission and distribution system, but does not pay for it, nor for the taxes contained in a traditional energy account, which ends up being divided and borne by consumers of the traditional system”, clarifies the undersecretary of energy of the Ministry of Economy, Leandro Moreira.

Thus, the report exposes the existence of cross subsidies in the current system between the consumer who does not have solar energy board and those who have, and alert to their regressive character in income, since the predominant public of solar energy in the country is substantially the highest income. In practice, the poorer consumer – who can not afford to invest in the installation of a solar energy production system – ends up with a higher tariff.

Vicious circle
The study also highlights that regulation leads to a vicious circle, as more people choose to install the board, the costs are getting bigger for those who did not migrate, resulting, in the long run, an unsustainable mechanism.

The study at Secap ends up proposing the improvement of the measurement system – now placed in public consultation by Aneel – in order to make the collection fair and promote the reduction of cross subsidies. The proposal is that this public will bear the costs of distribution, transmission and sector charges.

“Secap has nothing against distributed solar power generation, on the contrary, we argue that it has to continue to develop, but in a sustainable way, without cross subsidies and with efficient economic signals. The electricity sector must move to have fewer subsidies, not more. If we lose the opportunity to adjust regulation, growth will be exponential and subsidies will imply raising the tariffs of other consumers, removing competitiveness from a fundamental input to economic development, “emphasizes Moreira.