﻿ Want a piece of a solar farm? Snohomish PUD has a deal for you – MICRO SOLAR ENERGY
Skip to content 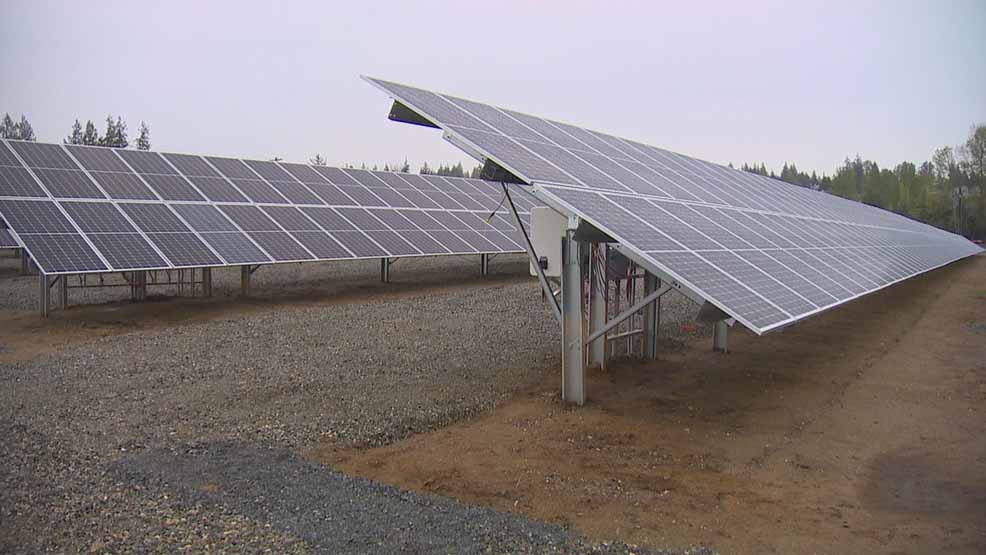 ARLINGTON, Wash. — It’s easy to think solar panels sitting outside on a cloudy day in Arlington are destined to soak up more rain than sun rays. But, summer is coming.

“The idea for this is to take advantage of those long, sunny days and soak up that solar energy,” says Scott Gibson with Snohomish PUD.

To celebrate of Earth Day Monday, Snohomish PUD is launching its first community solar program. People can buy shares of panels that were recently installed near the Arlington Airport. In return, they will save money on their monthly electric bill based on how much power the panel is producing.

“We had several community open houses and had standing room only at a couple of those,” says project manager Suzy Oversvee. “I have an interest list of over 700 people right now.”

Five units will cost $600. A customer would save about $22 on their annual electric bill and receive another $60 annual incentive check from the state. That adds up to $930 in savings over 20-years.

“I think we will sell relatively quickly,” said Oversvee.

The goal is for the micro-grid to produce 500 kilowatt hours of electricity — enough to power about 50-homes.

Location is key. The 2-acre site is near critical resources. In the event of an emergency, the system can act like a back-up generator.

“If there’s an earthquake or a windstorm or an ice storm or something like that that takes down the larger grid, then this will act as a micro-grid to power up those buildings,” said Gibson.