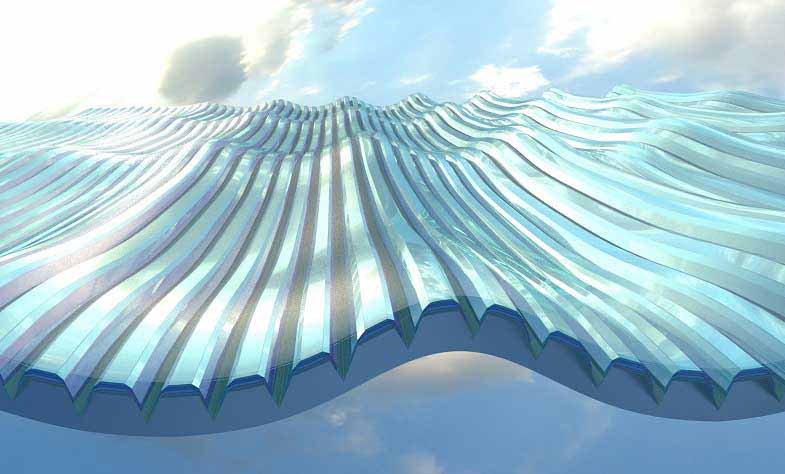 Scientists at the University of Sheffield in collaboration with energy technology company Power Roll have developed an innovative solar technology that could potentially drive down costs of solar cell manufacture. In reality, scientists have demonstrated a unique architecture based on a surface embossed with micro-grooves could also make solar power more efficient.

Covering opposing walls of micro-grooves with different electrical contacts and then filling them with a solution-processable semiconductor, scientists have shown that it is possible to create a new type of back contacted solar cell.

DOing this, scientists were able to diminish several manufacturing process steps required by existing PV modules. In addition, it enables new materials to be used that would not usually be appropriate in regular solar cells.

What’s more, the solar modules produced using this design will weigh only a fraction of an equivalent-power conventional solar module. Another advantage of this design includes eviction of expensive transparent conductive oxides, the use of simple and cheap electrical interconnections and the ability to tune electrical output to match user requirements.

Professor David Lidzey, from the Department of Physics and Astronomy at Sheffield, who has led on the collaboration with Power Roll, said: “There is global interest in using solar cells to generate low carbon, green electricity. The design of the back contacted solar module is both innovative and elegant, and can potentially reduce optical losses within the device.”

Dr. Trevor McArdle, Senior Research Scientist at Power Roll said: “Over the last 40 years, the majority of solar cells have been based on a conventional flat structure, in which layers of different materials are deposited one upon another to create the solar cell. However, we have developed a radically different architecture to make solar cells using a surface patterned by micro-grooves that individually are a fraction of the width of a human hair.”

Professor Lidzey added: “The devices we have demonstrated with Power Roll, have a promising efficiency, whereby seven percent of sunlight power falling onto a single photovoltaic micro-groove device is directly converted to electrical power, this is already around a third of what the best performing but expensive solar cells produce today.”

Neil Spann, CEO of Power Roll, said: “We believe that our patented architecture is a game changer. The market opportunities for our solar PV product are significant, including off-grid solutions, commercial and domestic systems, powering the internet of things, portable power generation and military applications. This technology will deliver significant economic and social benefits to end users.”

The study is published in the journal Energy and Environmental Science.